Mr. Lehman served as Counsel to U.S. Senate Majority Leader Tom Daschle, where his responsibility was to develop key policies and legislative strategies for Senate Democrats.  He worked with the White House and members of the U.S. House of Representatives to negotiate compromises on comprehensive energy legislation, the 2002 Farm Bill, and environmental legislation including Forest Health legislation.

In particular, Mr. Lehman has extensive experience in the substance and politics of agricultural legislation.  In 2001 and 2002, as Counsel to Majority Leader Daschle, Mr. Lehman was tasked with stewarding the 2002 Farm Bill to enactment.  He guided the bill through the committee process, floor action, and to a successful conclusion in conference with the House.  Along the way, he ensured that the priorities of Democratic Senators were included in the final bill.  From this experience, Mr. Lehman has a keen understanding of the policy and the politics of Farm Bill debates and how to build a winning strategy, message, and coalition for achieving specific outcomes.

Prior to working for Leader Daschle, Mr. Lehman served as Counsel to the Senate Agriculture Committee, where his portfolio included antitrust and competition related issues in the agriculture sector as well as renewable fuels policy.

Before coming to the Senate, Mr. Lehman clerked at the Environmental Appellate Section of the Department of Justice. Mr. Lehman received his B.S. in Natural Resources and Environmental Sciences from the University of Minnesota, and a J.D. with Honors from Vermont Law School. 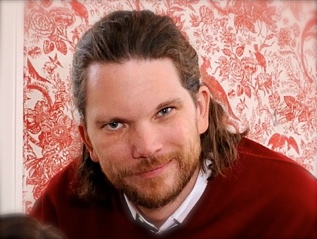